On March 25 and 27, the graduate commencement and degree-awarding ceremony for graduate students of 2016 was respectively held on Beijing Campus and Baoding Branch Campus of North China Electric Power University (NCEPU). 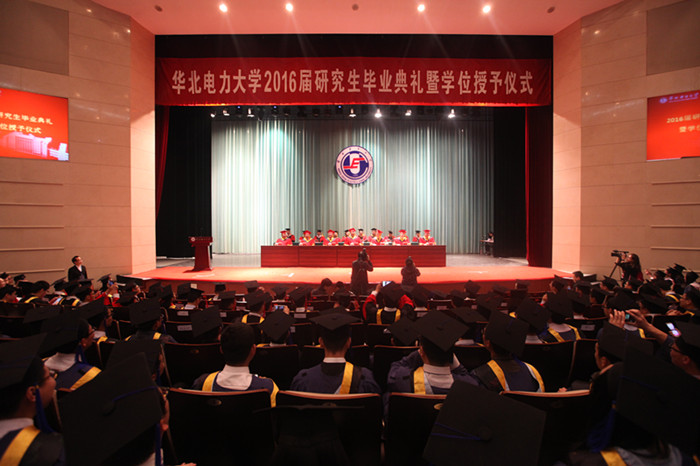 Among those attending the ceremony were the leaders of the university, including Wu Zhigong, Liu Jizhen, Zhang Jinhui, An Liansuo, Li Shuangchen, Hao YingJie ,Yang Yongping, Sun Zhongquan and Wang Zengping, the heads or deans of relevant administrative offices, colleges or departments. 139 doctoral graduates and 3,320 master graduates, who have successfully completed their studies. The ceremony was conducted by Yang Yongping, Vice Chairman of Academic Degree Evaluation Committee and Vice President of NCEPU. 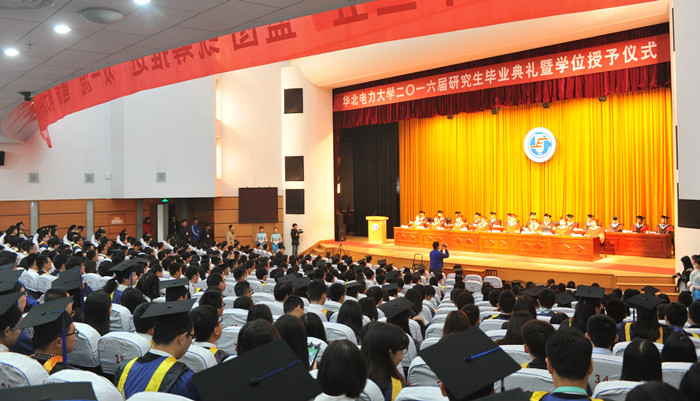 An Liansuo, Vice Chairman of Academic Degree Evaluation Committee and Vice President of the university, read the decision of the University Academic Degree Committee, and an announcer read the lists of award winners for outstanding academic degree papers and outstanding graduates. The leaders issued the certificate for the award-winning students. The graduates’ representative and the mentor’ representative gave speeches respectively. 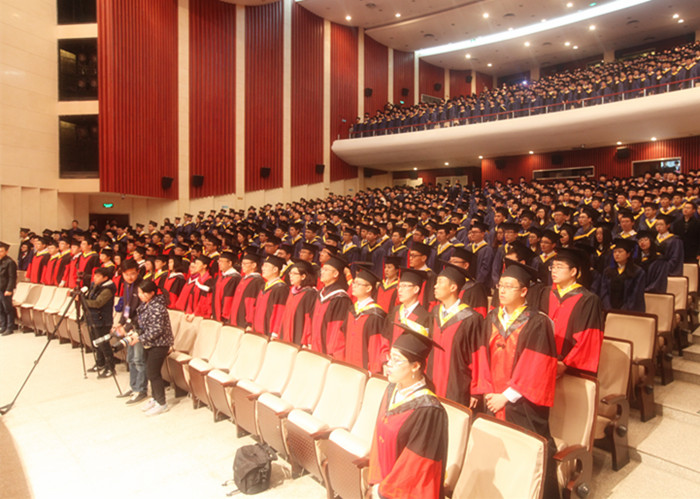 Liu Jizhen, Chairman of Academic Degree Evaluation Committee, Academician of Chinese Academy of Engineering, President of  NCEPU made a commencement speech titled to " Holding your Life, Winning your future". He shared some comprehension of life and future development with the graduate students. 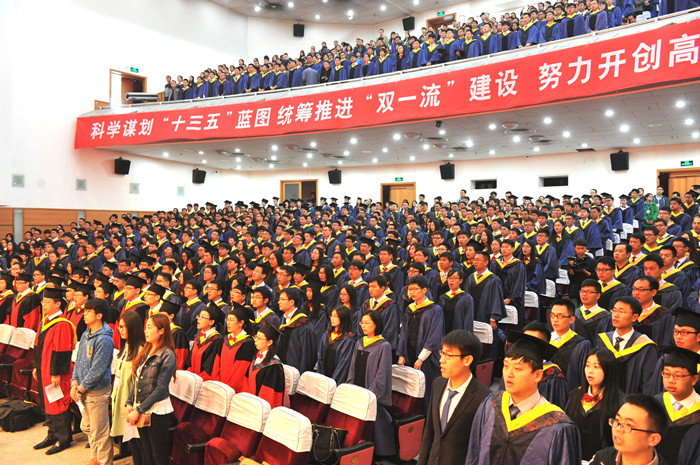 As chairman of the Academic Degree Committee of NCEPU, Liu Jizhen officially conferred doctoral degrees on graduates, shook hands and posed for pictures with them. Then the master graduates stepped onto the stage to accept congratulations from the president. Leaders, teachers, students, families and friends presented at the ceremony all congratulating the graduates with their warm applause.