On June 27 and 28, the commencement and degree-conferring ceremony for graduate students of 2016 was respectively held on the Beijing Campus and Baoding Campus of North China Electric Power University (NCEPU), bidding farewell to 5285 graduate students of 2016 who are leaving school. The university leaders, Wu Zhigong, Liu Jizhen, Zhang Jinhui, An Liansuo, Li Shuangchen, Hao Yingjie, Yang Yongping, Sun Pingsheng, Sun Zhongquan, and Wang Zengping, attended the ceremony. Also present were Azali Abary (the wife of the president of Union of Comoros), Muhammed Abd (ambassador of Union of Comoros to China) Zhang Tianxing (a member of Standing Committee of Party Committee), some principal assistants of the university Mi Zengqiang, Lv Fangcheng, Guo Xiaofeng and Wang Qinghua, the heads of administrative offices, colleges or departments concerned, as well as all the graduate students of 2016. 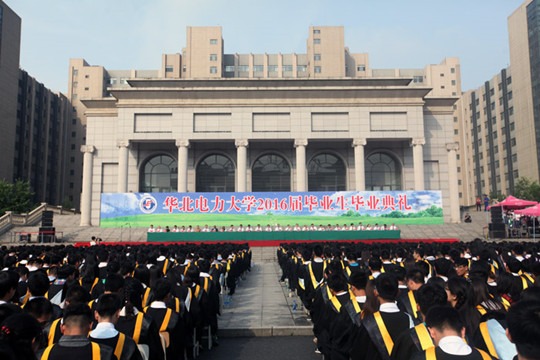 The commencement was co-chaired by Deputy Secretary of the Party Committee and Vice President Zhang Jinhui and Deputy Secretary of the Party Committee Hao Yingjie. Liu Jizhen, President of the university, made a commencement speech titled“Career-oriented Innovation and Future Creation”. He points out that as graduates who have accepted all-round higher education with most innovative vitality and innovative potentials, they should stay abreast of the time, actively throw themselves into the great practice of innovation and entrepreneurship and make contribution tothe national rejuvenation, which are the topics today for our consideration. After the speech was the degree-conferring ceremony, it is co-presided by vice presidents of the university Wang Zengping and Yang Yongping. 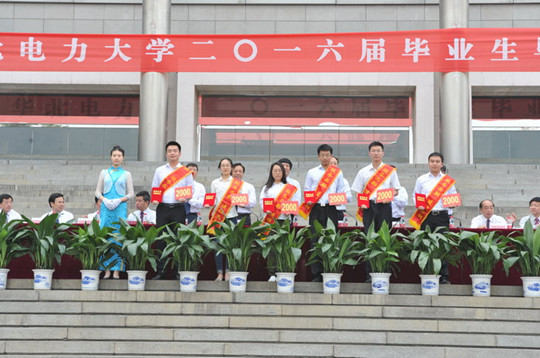 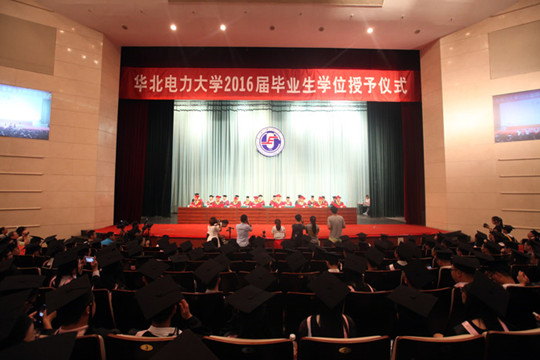 As a Chairman of the Academic Degree Committee and President of NCEPU, Liu Jizhen officially conferred degrees on international students. 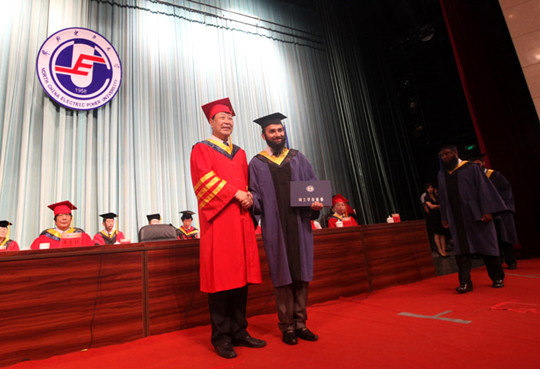 The chairmen of the Academic Degree Subcommittees of all the schools conferred bachelor’s degrees on students from their own schools. At the end of the ceremony, the graduates stepped onto the stage to accept congratulations from leaders and teachers and pose for pictures with them. 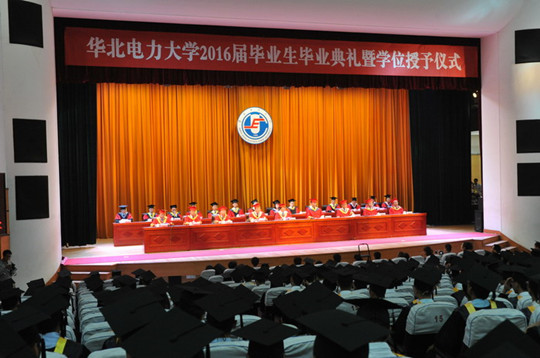