On the afternoon of 16th November, in accordance with the schedule of Ministry of Education regarding the leadership transition of North China Electric Power University (NCEPU), NCEPU held a staff meeting to announce the decision on the adjustment of NCEPU leadership. 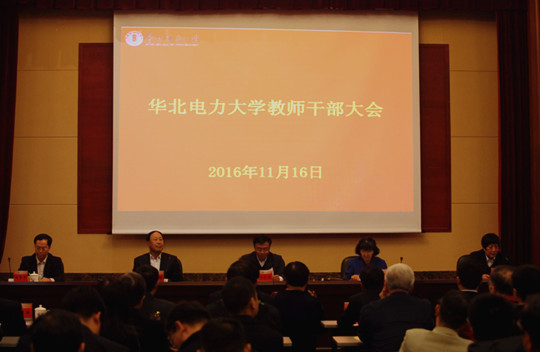 The meeting was presided by Secretary of NCEPU Party Committee Wu Zhigong, and attended by Dong Dawei, Director of Personnel Department of Ministry of Education, Zhang Xue, Deputy Secretary of Beijing Municipal Commission of Education, Zhou Maoxing, Researcher in No. 2 Cadre Section of Personnel Department , Gao Xiaojun from Beijing Municipal Commission of Education, all the University leaders, members of the Standing Committee of Party Committee, University Presidential Assistants, representatives of retired leaders, members of Party Committee, members of Discipline Commission, Academicians, Professors of the in the Rank II position, teacher representatives, all middle-level leaders, heads of state-level and provincial- and a ministerial-level research bases and platforms, and representatives of the National People’s Congress, of the Chinese People’s Political Consultative Conference and of Democratic Parties. 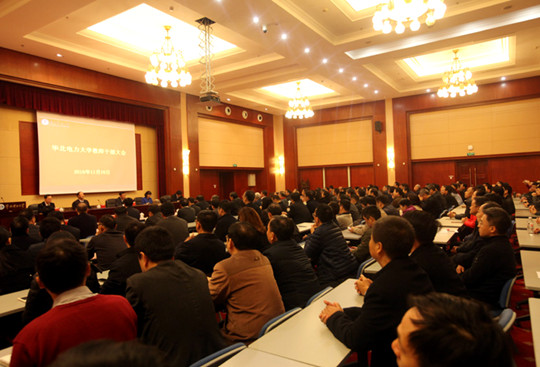