A Delegation Of University Presidents From Brazil Visited NCEPU

On May 3rd, vice president Lyu Fangcheng and the director of International Cooperation Department of NCEPU were invited to attend a symposium in Hebei University for the presidents from Brazil and universities in Baoding. At this symposium, Mr Lyu Fangcheng introduced NCEPU’s school running condition and achievements on international exchange and cooperation in recent years. For example, NCEPU helped the Ministry of Commerce held the 2015 planning and development seminar on Brazil’s power EHV technology, which promoted technical exchange between China and Brazil in electricity industry. “NCEPU is looking forward to further cooperation and exchange with Brazilian universities in a more extensive way.”Lyu said. 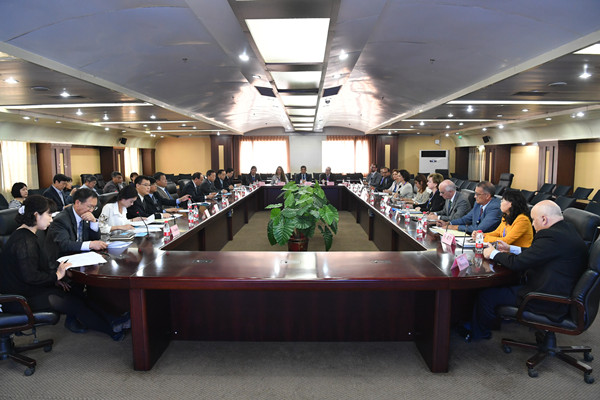 The delegation highly praised NCEPU’s scientific and technological achievements in the field of electric power after visiting its state key laboratory of alternative electrical power system with renewable energy sources and expressed their will for further communication and cooperation with NCEPU. Then the delegation visited students' innovation and entrepreneurship center and spoke highly of it after they examined the achievements of students of NCEPU. During their visit to robot club, Mechanical Innovation Club and smart motor vehicle club, the delegation were attracted by the robots and smart cars designed and made by students of NCEPU. “We are deeply impressed by the innovative capability of students here.”they said. 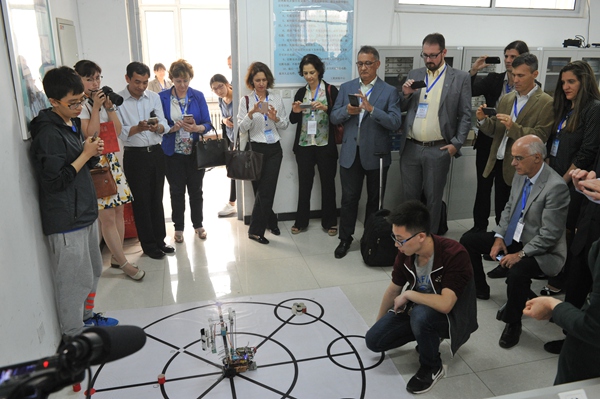 The visit of presidents from Brazilian universities promoted their communication and exchange with NCEPU in the field of engineering, which was significant to promote internationalization of NCEPU and accelerate its construction of the world first-class university and the first-class discipline.