On May 16, NCEPU’s staff and faculty assembly was held simultaneously on both Beijing and Baoding campus via video, announcing the decision on adjustment to NCEPU’s Secretary of Party Committee by Party Group of the Minister of Education. 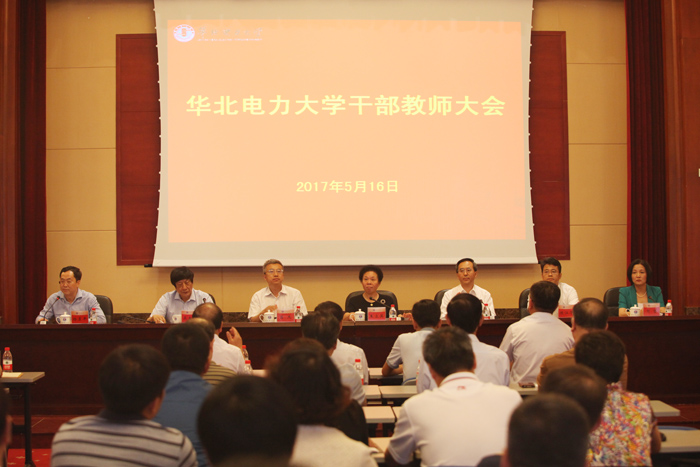 The assembly was presided over by Yang Yongping, the president and Deputy Secretary of Party Committee. Present at the convention are Wang Liying, member of Party Group of the Ministry of Education, head of Supervision Department assigned by Central Discipline Inspection Commission. Zheng Jichun, Deputy Secretary of Beijing Standing Education Committee, Lv Jie, Deputy Director of Department of Personnel of the Ministry of Education, Chen Jianghua, member of Beijing Education Committee, Chief of Personnel Division, Wang Lei, Chief of Personnel Division of Department of Personnel of the Ministry of Education, Zhang Bo, officer of Beijing Education Committee, leaders of NCEPU, members of Standing Party Committee，president assistant, representatives of retired leaders, incumbent members of Party Commission，members of Discipline Inspection Commission，academicians,，representatives of teachers, middle- level staff，people in charge of national and provincial science and research bases，deputy to the People’s Congress，members of National Committee of CPPCC，representatives of democratic parties. 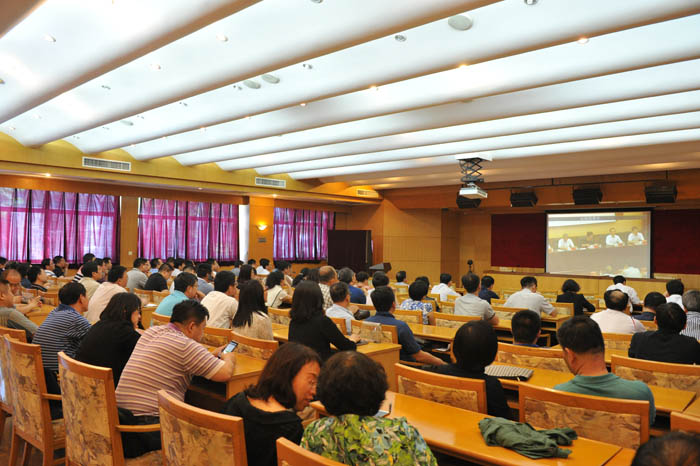 On behalf of Party Group of the Ministry of Education，Wang Liying announced Notice on Appointment and Dismissal of Zhou Jian and Wu Zhigong . According to this file, Zhou Jian is appointed as a member of NCEPU Party Commission、member of Standing Committee、Secretary, replacing his predecessor, Wu Zhigong. 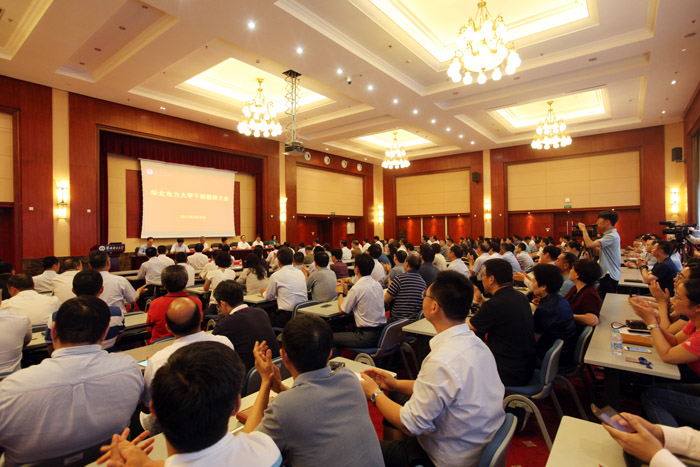 During her speech, Wang Liying introduced Zhou Jian. She was born in May, 1964, graduated from Tsinghua University with a master degree in Management Administration. She was once Chief of Division of Financial Support for Compulsory Education, Vice Chairman of Educational Supervision Office. During 2013 to 2014, she was appointed as Deputy Governor of Autonomous region of Dali Bai ethnic group. In April 2016, she was appointed as Deputy Director of Educational Supervision Bureau, Vice Chairman of Education Supervision Commission. Wang Liying said that Zhou Jian has firm political standpoint and strong sense of responsibility. She has dedicated herself to the cause of education for a long time so she has cultivated a broad perspective and logical thinking. Having been working in national organs and local institutes, she is good at striking balance between different tasks. She is a woman of integrity and always improving herself. Party Group of the Ministry of Education, therefore, regards her as the best for the position of NCEPU’s Secretary of Party Committee.