From June 12th and 15th, Rhonda Haniford, deputy director of the sixth school district of Greely Evans in Colorado, Heather Severt, president of Brentwood school, and Matt Thompson, president of Dos Rios primary school were invited to visit NCEPU and its affiliated school. They have held profound discussion about the establishment of sister relationship between the sixth school district of Greely Evans and NCEPU. Exchanges of students and faculty, academic cooperation, extensive participation in international activities have also been under discussion. 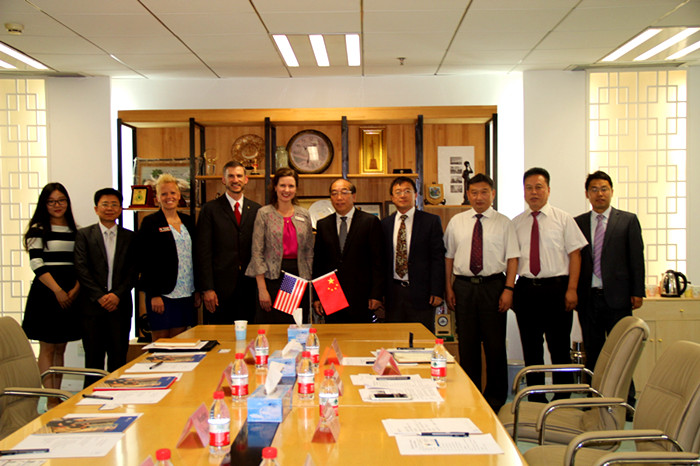 On June 12th, Sun Zhongquan, vice president of NCEPU, received this delegation. In the meeting, he made an introduction about basic information of NCEPU, as well as talent cultivation, governance structure, community service, education target, subject system and its progress in international cooperation. He pointed out that ever since NCEPU began to build its affiliated school together with Changping Education commission, it has always provided supports by gathering valuable resources, promoting education quality, making educational reform, training teaching staff and making innovation. Through all these efforts, school affiliated to NCEPU has turned out to be an outstanding school in Changping district. He hoped that a sister relationship among NCEPU, Brentwood school and Dos Rios primary school should be based on the principle of common development which will benefit each side, so as to expand out cooperation. Ddputy director Rhonda Hanifrod expressed his thanks to invitation from NCEPU and briefed participants on the sixth Greely Evans school district, put forward suggestions on academic and student exchange. During their visit, those four headmasters gave a basic introduction of their schools. 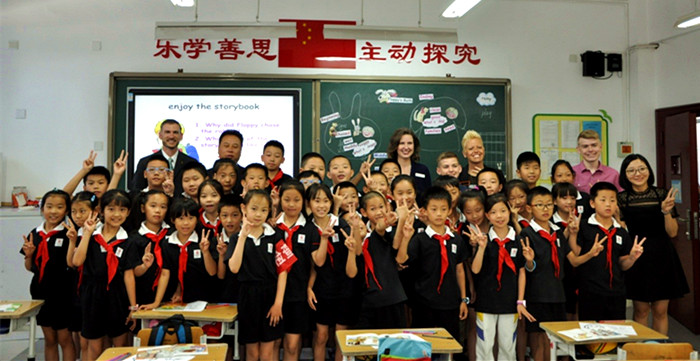 During their visit, the delegation enjoyed the performance of many school clubs such as Chinese drum, aerobics, dancing, fencing, science and technology, arts. They, therefore, had first-hand experience of school culture, curriculum of NCEPU’s affiliated schools and saw the educational achievement made in China, which would further mutual understanding between us. 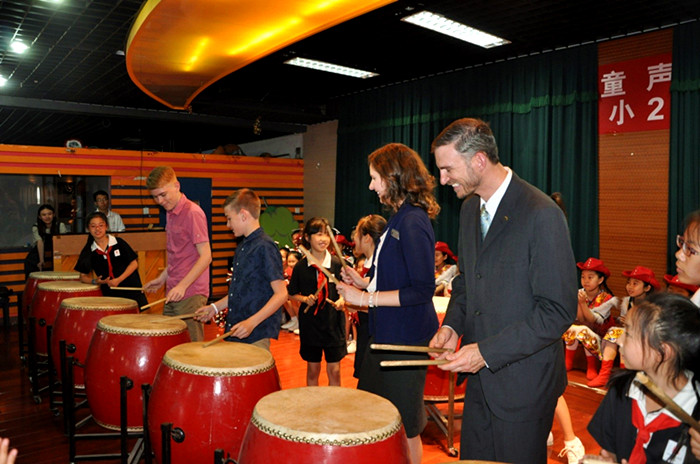 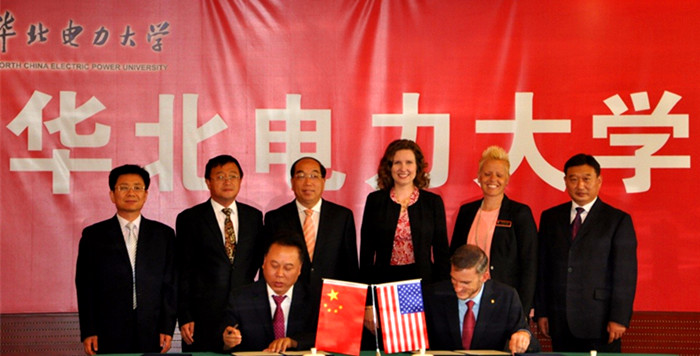