A Delegation from University of California, Riverside (UCR) Visited NCEPU 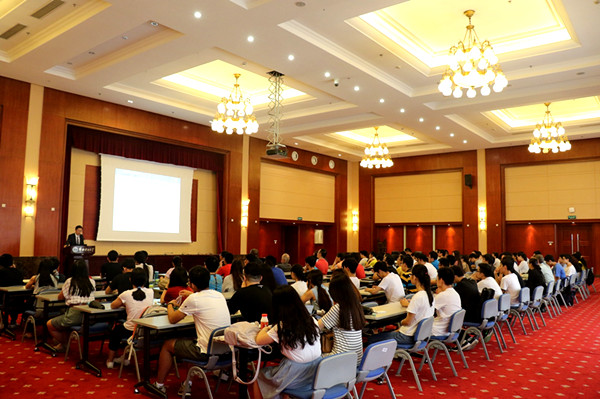 Yang Yongping, president of NCEPU, extended his warmly welcome to Mr. Wilcon. He said that as a first-class research-oriented university, UCR, one of the ten branch universities of California, is the most influential public university in the world and has a strong academic reputation and social influence. With rapid development in recent years, UCR has achieved a lot in the field of personnel training and scientific research, ranking top among the universities in the world. Bourns College of Engineering has a powerful scientific manpower and many research achievements reach the top level in the world. More importantly, many research areas in this collage are similar with that in NCEPU, which lay foundation for scientific research cooperation and talents training. NCEPU attaches great importance to the cooperation with UCR, hoping that this talk can be a great chance to deepen mutual understanding, increase mutual trust and perform the substantive cooperation between two universities. 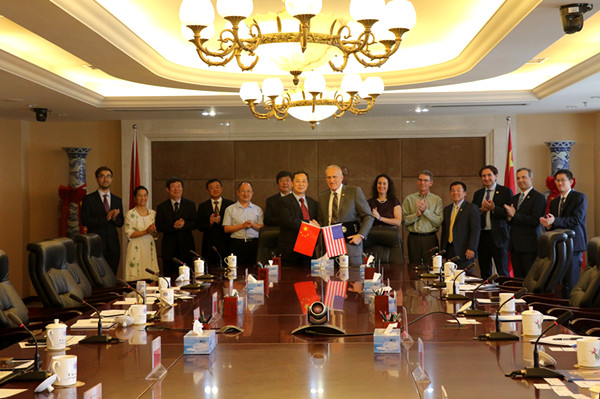 President Yang Yongping also referred that, in the future, the two sides will strengthen cooperation in the following areas: firstly, strengthen cooperation in talents training. Two universities should develop cooperation in degree and non-degree programs comprehensively in undergraduates, graduates and doctoral students. The applicants of these programs can apply for the scholarship from China Scholarship Council. Secondly, strengthen scientific research cooperation and establish long-term mechanism for experts and scholars to carry out academic exchanges. Experts and scholars from both sides can jointly apply for China-US intergovernmental renewable energy scientific research projects. Thirdly, build the Clean Energy University Alliance and the Internet Institute. In order to deepen scientific research and apply for scientific research projects, two sides can jointly initiate the establishment of Clean Energy University Alliance, invite universities with strong strength in energy engineering in China and the US to join in it. China-US Energy Institute will be established with joint efforts to organize the clean energy forum and other activities. President Wilcox agreed with president Yang Yongping and said that with the deepening of bilateral cooperation, the relationship between the two universities will be tightened closely. 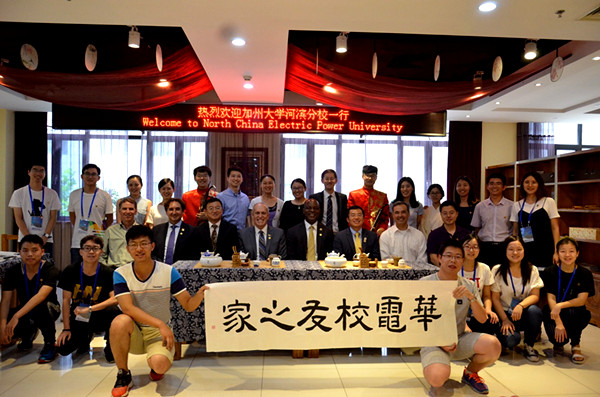 After the talks, the two sides signed the cooperation agreement.

In the afternoon, Dr. Nanpeng Yu, professor of Electrical and Computer Engineering of UCR, gave a report on the development of smart grid for the teachers and students of the Electrical and Electronic Engineering School, and his report was well received by both teachers and students. After that, the delegation went to visit the alumni office. On behalf of NCEPU, the alumni office showed Chinese traditional tea art and Erhu performance to the delegation, and gave calligraphy works as gifts to president Kim Wilcox and vice-president Kelechi Kalu.

Finally, the delegation visited the Key Laboratory of condition monitoring and controlling of power plant equipment, Ministry of Education of China, as well as the new energy power system laboratory.