On November 14th, Mr. Yang Yongping, the president of North China Electric Power University (NCEPU), met with Ms. Katherine Vickers, the Minister-counsellor for Education and Research from the Australian Embassy in China. 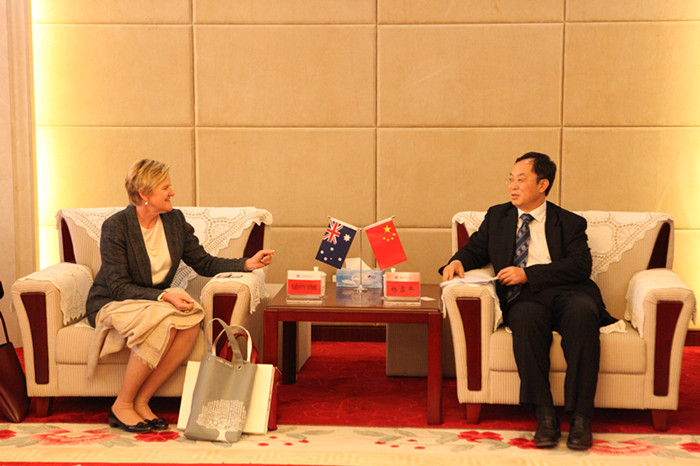 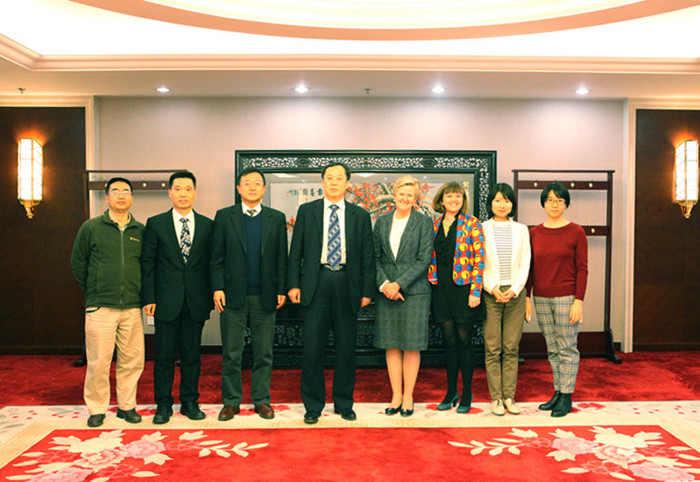 Ms. Vickers thanked President Yang’s hospitality. On the 45th anniversary of establishing diplomatic relations between Australia and China, the Embassy of Australia is looking for influential figures and their stories who make a positive contribution to China-Australia exchanges. Ms. Vickers said that Academician Yang Qixun was the typical figure for promoting China-Australia exchanges and his contributions should be appreciated. Both of the Chinese government and the Australian government are always supporting communications and cooperation of scholars and students between two countries, and establishing several Scientific Research Fund Programs and Scholarship Programs. For example the Endeavour Scholarships and Fellowships, teachers and students who are going to Australia for further study can apply for this scholarship. The engineering disciplines in NCEPU is very attracting to Australian students. At the same time, Australian scholars are attracted to favorable working environment and advanced experimental equipment provided by NCEPU. It is believed that there will be more Australian scholars and students working and studying in NCEPU in the future. NCEPU will have further communications and cooperation with Australian universities and colleges in the disciplines of engineering and humanities and social sciences.