School President Yang Yongping Met with the President of BTU 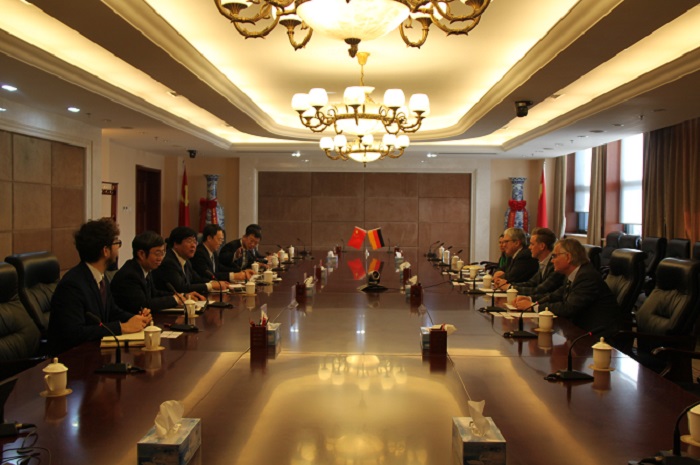 On behalf of NCEPU, President Yang showed sincere welcome to President Steinbach. President Yang pointed out that the Chinese government would carry out a series of strategic measures in order to tackle down problems such as growing depletion of traditional fossil energy and transformation of energy resources, so as to promote energy revolution and international energy cooperation and provide an opportunity for energy cooperation and exchanges between Germany and China. In September, NCEPU was included in the list of the “first-class discipline” program issued by the Ministry of Education of the People’s Republic of China, opening a new starting point for the University to become a high-level university. In the areas of energy, electric power and mechanical engineering, BTU enjoys a high academic reputation. Therefore, BTU is highly consistent with NCEPU in terms of scientific research, discipline arrangement and talent development. NCEPU has established a partnership with BTU since 2015. Hitherto, there have been nearly 20 students studying in BTU. Both NCEPU and BTU have implemented substantive and fruitful cooperation in such fields as talent exchange, academic exchange and cultural exchange. We hope the two Universities will keep on communications and make more efforts to create more brilliance. Next year will be the 60th anniversary of the founding of NCEPU, President Yang hereby invited President Steinbach to NCEPU to attend the School Anniversary Ceremony. Meanwhile, President Yang invited BTU to participate in the China-Europe Innovation Center for Renewable Energy, which will lie a solid foundation to promote the scientific exchanges and cooperation between the two Universities. 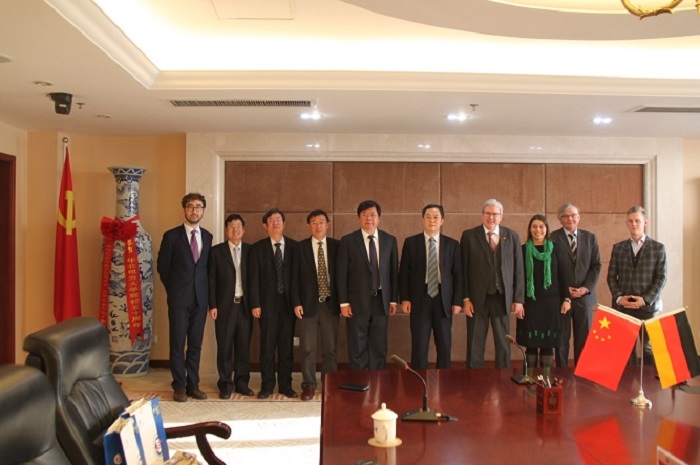 President Steinbach expressed his gratitude to President Yang’s hospitality. And he showed his admiration and congratulations to the achievements made by NCEPU in recent years. President Steinbach pointed out that BTU was developing now and had a lot to learn from NCEPU. Next year will be the 5th anniversary of establishing BTU (after fusing with Hochschule Lausitz in 2013). President Steinbach invited President Yang to present at the ceremony. Recently, BTU entered the list of innovative universities in Germany, which was a recognition to the scientific achievements of the University. Brandenburg has a sister relationship with Hebei Province in China, and therefore, BTU will visit Hebei Province next year. BTU suggested to have tri-party cooperation and exchanges led by NCEPU. President Steinbach hoped that NCEPU could exploit its industrial advantages to the full to build a cooperation platform for German universities and Chinese SMEs and to connect intelligent manufacturing in China and industry 4.0 in Germany. In addition, President Steinbach hoped that the two universities could carry out further scientific cooperation and exchanges and promote joint educational programs for postgraduates and doctor candidates.