In November 2017, Enactus team of North China Electric Power University (NCEPU) participated in the 2017 Aramco Asia “Energy Cup” Asia-Pacific Competition, competing with delegations from Singapore, South Korea, Malaysia, and the Philippines. By virtue of the project of “Biogas Flourishing”, NCEPU won the final competition. It was the second time that NCEPU won the championship in the international competitions after winning the Enactus World Cup in 2014, which would give a strong demonstration to the fruitful achievements of innovative training programs of the University as well as the outstanding demeanor of the students of NCEPU. 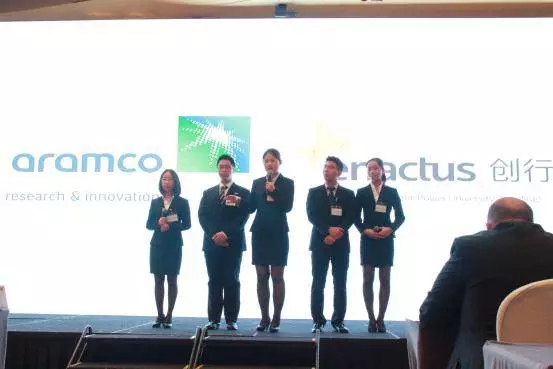 The competition was a Social Innovation Relay belonging to the “Aramco-Enactus Innovative Challenge for Energy, Environment and Climate Sustainability Program” (hereinafter referred to as 2017 Aramco Asia “Energy Cup” Asia-Pacific Competition), jointly sponsored by Aramco Asia (the largest oil company in the world) and Enactus. It opened the application access for 50,000 undergraduates from 386 universities and colleges in China, South Korea, Singapore, Malaysia, and the Philippines. The participated teams had to conduct presentations and roadshows in English and be examined by professional judge panel who are executives or technical experts from Aramco Asia. There were total 105 teams participating the competition in China. On November 4th, beating other three domestic delegations including Jilin University (JLU), Northwest A&F University (NWAFU) and China University of Petroleum (UPC), NCEPU won the local championship of China Competition, and qualified to the Asia-Pacific Final Competition on behalf China. 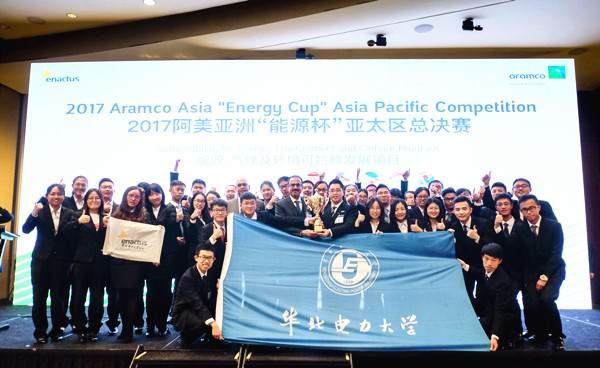 In the project of “Biogas Flourishing”, the team designed the Circular Economy Model of “Agriculture-Biogas-Breeding”, based on the self-developed Biogas-Photovoltaic Hybrid Generation System. The model could settle down energy dissipation and environmental contamination problems caused by inefficiency of biogas treatment and insufficiency of biogas exploitation and utilization, meanwhile, it can meet part of the electricity demand in the farm. At present, the team is exploring the possibilities for applying the model into the project of taking targeted measures in poverty alleviation in rural areas.