Recently, Thomas Reuters held the 2002-2012 Award Ceremony of Thomas Reuters China Citation Laureates in Beijing. There are 111 Chinese scientists who have won Highly Cited Researchers Award. Professor Wang Xiangke, Dean of Department of Chemical and Environmental Engineering at NCElPU, has won the global Highly Cited Researchers Awards in the two fields of Environment &Ecology and Engineering at the same time. 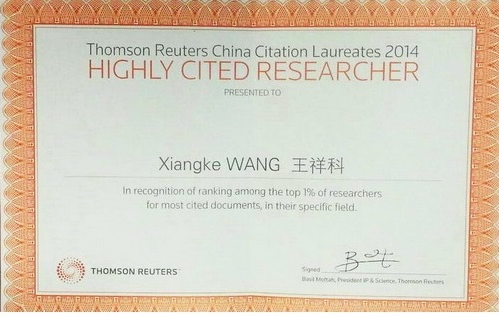 In June, 2014, Thomas Reuters issued the World’s Most Influential Scientific Minds:2014 Report where about 3,200 global highly citied researchers were listed. Among them, 111 scientific researchers and scholars come from China. On the basis of world-leading Web of Science scientific research platform and InCites research and analysis platform, Thomas Reuters analyzed citation data in the past 11 years (2002-2012) in order to select 21 scientific researchers who have published many highly cited theses, which refer to the theses cited times ranking Top 1% in the same subject during the same year, in the 21 first-level discipline fields.The award-winning Chinese scientists are from 15 scientific fields, such as Chemistry, Materials Science, Physics, Environment and Ecology, Engineering, and Mathematics, etc. Besides, one researcher can only be selected in two scientific fields at the most. Only 13 Chinese scientists receive global Highly Citied Researchers Awards in two fields at the same time. 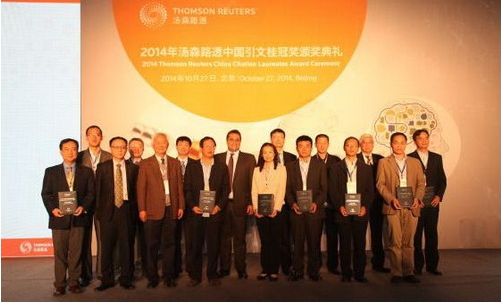