UCGEC Delegation Coming to Our University for Academic Exchanges

On October 28, the delegation from the US-China Green Energy Council(UCGEC) invited by School of Economics and Management of NCEPU visited our university for academic exchanges. President Yang Yongping, Vice-president Wang Zengping, experts from the UCGEC delegation, professors from School of Economics and Management and the Heads of the related Departments and Schools attended the meeting. 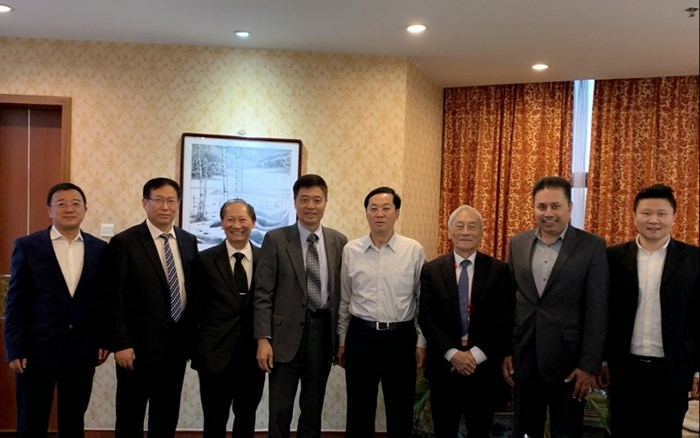 Yang Yongping extended a warm welcome to the visiting guests. He said, Sina-US will work to build “Three Systems”, including industrial system geared toward green, low-carbon, and circular development, modern energy system of low carbon which is clean, safe and efficient, and space governance system. Through in-depth cooperative research with experts and scholars in this field around the world, the efficient use of fossil fuels, such as coal, will be promoted and the development of wind energy, solar energy, biomass energy, hydropower and thermal energy will be accelerated. 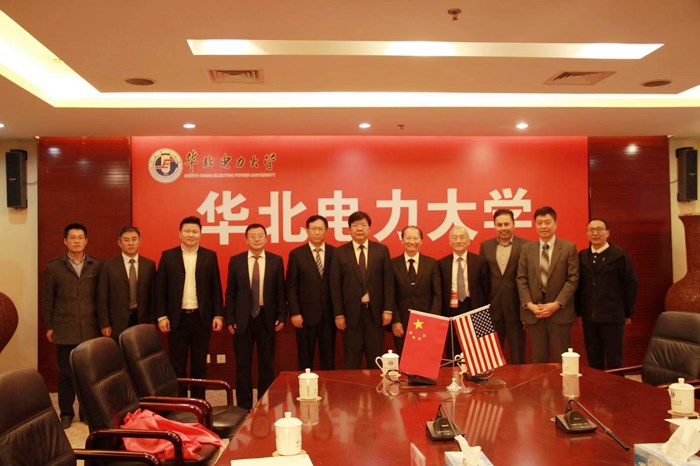 The experts from the UCGEC made excellent academic reports.

Professor Steve Chen, a member of The National Academy of Engineering(NAE) and American Academy of Arts and Sciences(AAAS), introduced the application of information technology in green energy and smart power. He believed that big data had been fully developed in the past, and other technologies such as block chain and artificial intelligence were the development direction in the future. He stressed that it was an important research direction to establish a service cloud platform with national cooperation and user center, and designed a targeted service model. He proposed that the construction of intelligent social network and Internet of Things was of great significance for the development of smart grid. 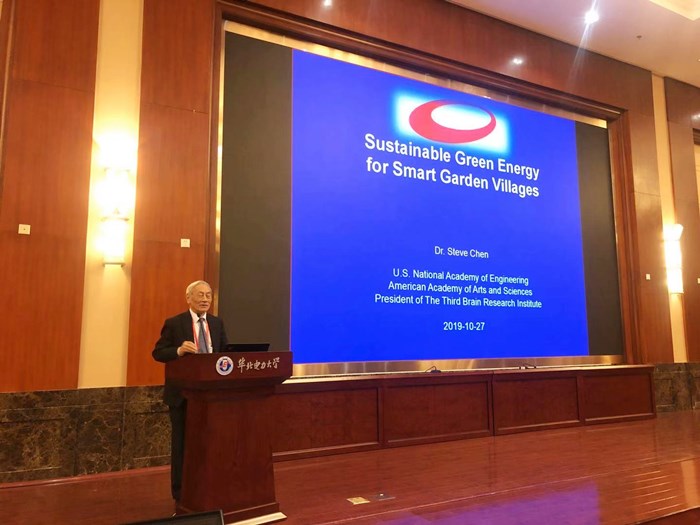 Erfan Ibrahim, CEO of the Bit Bazaar Company in the United States, introduced the access method of green energy in the WitPark. He made detailed analysis on the application of real-time data computing, big data, analysis, BI, AI, AR, VR and other technologies in energy science and social science; He emphasized that the development of 5G and WiFi offered conditions for global information network development. At the same time, he also believed that new-energy vehicles and hydrogen-powered fuel cells were an important development direction of the future electric vehicle technology revolution. 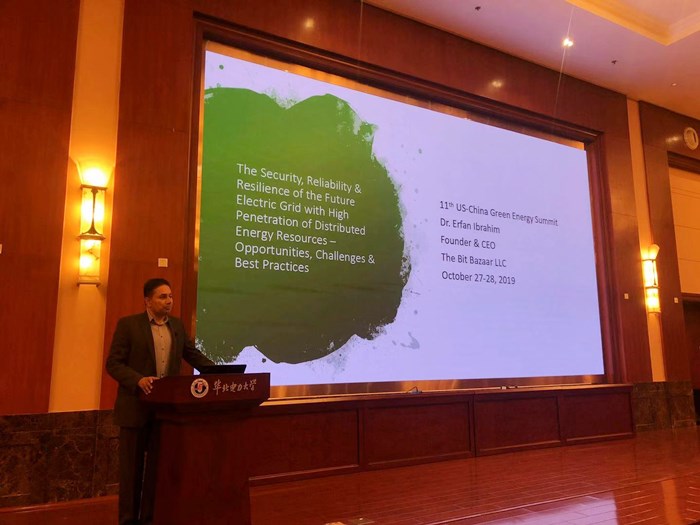 The visit and exchange is strongly supported by the China Green Power Development Research Innovation Talent Introduction Base of “111 Talent Introduction Base”, State Key Laboratory of New Energy Power System and Energy Internet Research Center. Through the cooperation and exchange with experts and scholars of foreign well-known universities, the internationalization of NCEPU is further enhanced, which is beneficial to the “Double First-class” construction of NCEPU. 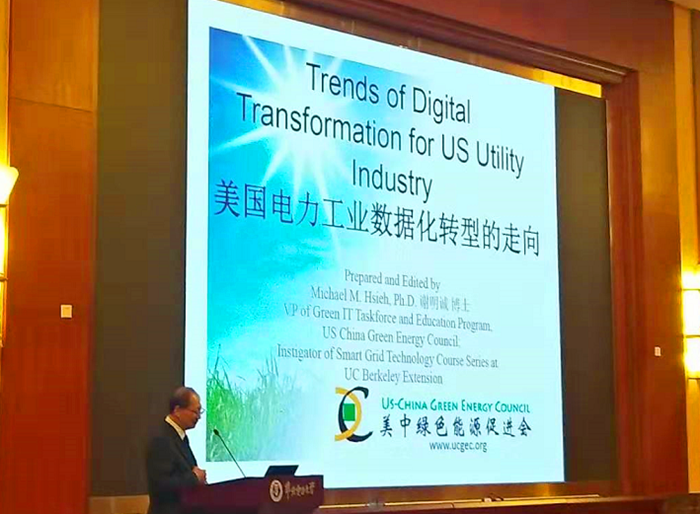 Finally, Michael Hsieh, a distinguished professor at the University of Calofornia, Berkeley, and vice-president of UCGEC, made a comprehensive analysis on the data transformation technology of the U.S. power industry. He pointed out that we have now entered the third IT technology revolution, and the development and change of digital economy is what the future predicts. With wireless networks all over the world, intelligent social ecosystem and intelligent social building system are developing towards intelligence and automation. At the same time, Cloud Technology, Edge Computing Technology, Internet of things(IOT), artificial intelligence(AI) are also widely used in power system.