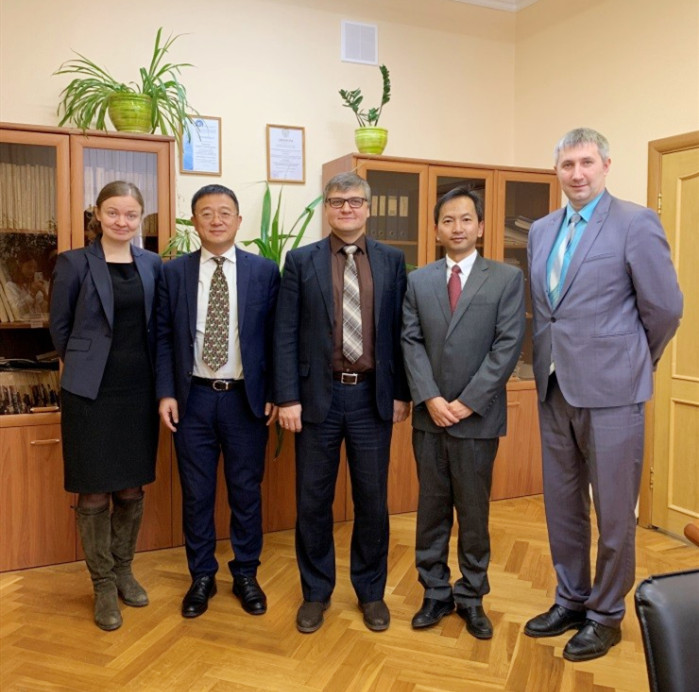 He Hua thanked the delegation of South Ural State University for taking part in NCEPU’s 60th anniversary a month ago. He proposed that NCEPU and South Ural State University should actively pursue a new model of cooperation. The two universities can follow the model of SOC to connect the studies among undergraduate, graduate, and post graduate programs in subjects like energy, automation and humanities. They can provide the teachers from the other university with more opportunities as visiting scholar so as to promote the academic exchanges, and furthermore, the two universities can strive to apply for the research projects which are under the technology cooperation between the two governments. This is called co-support. Finally, He proposed that visits and exchanges between the groups of art students from the two universities should be encouraged.